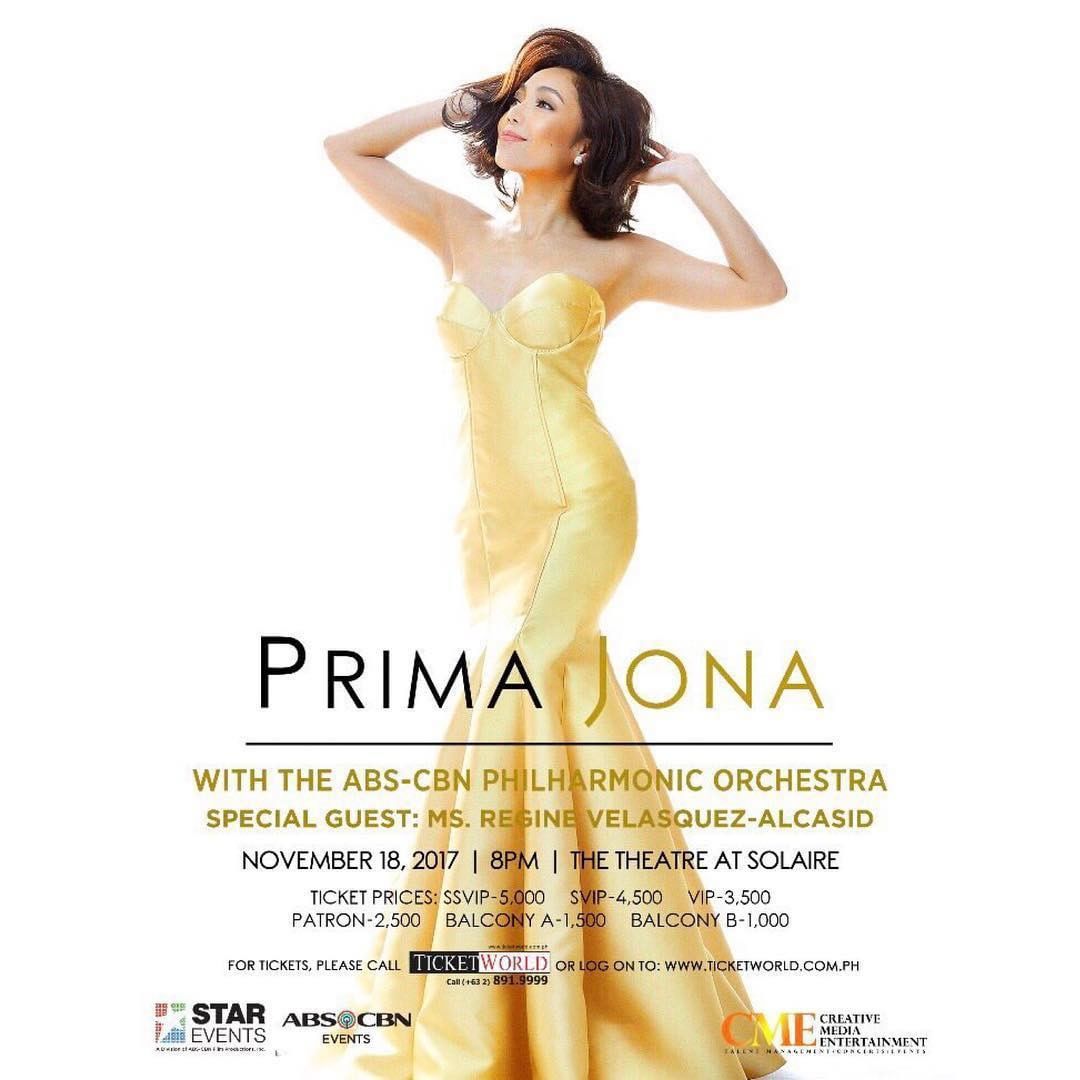 The Theatre at Solaire

Who cares about Saturday traffic if you know that when you get into your destination, you’re going to be serenaded by a very powerful voice that comes from a dazzling and in-demand Kapamilya singer we all know as Ms. Jona Viray.

After transferring to another network, she has proved not just to her fans but to all of us that she’s a woman who could not only make many hearts flutter because of her soulful voice, but also be amazed with how much power she has when she belts high-pitched songs.

With grace and poise, “Prima Jona” kicked off her solo concert with a bang! Accompanied by the Philharmonic orchestra and a very special guest Mrs. Regine Velasquez-Alcasid, you just couldn’t imagine how great the show was! Super!

We’re very proud of our Filipino singers who have world-class talent, and Jona made sure to even surpass that.

For a woman who continues to glow inside and out, Anna York Flowers decided to give her yellow Ecuadorian roses. Because… what’s a better way of appreciating a woman like Jona than by gifting her the perfect spotlight she truly deserves? The yellow roses symbolize joy, wisdom and power. Three abstract nouns we believe she already has. She owned the stage like she was born to have it. Way to go, Prima Jona! Congratulations!